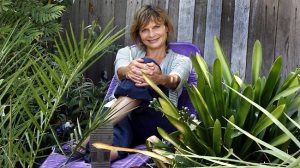 SARAH Watt was an animator of rare talent who became an auteur of distinctly Australian films, mixing pathos and laconic humour.

Her warmth, lovable personality and stoic nature were unlikely attributes given the morbid coincidences between the highs of her working career and the travails of her personal life.

Her breakout short film, Small Treasures, a semi-autobiographical story that touched many, was based on her experience of losing her first son, Cosmo, in childbirth. Her father died of cancer as she made a short film, and Watt was diagnosed with breast cancer as she finished post-production on Look Both Ways, her acclaimed first feature.

Watt died at her Melbourne home on Friday as 3012 2012, an exhibition of her photographic works, premiered at the Post Industrial Design gallery in West Footscray. Her death, at age 53, came with the third draft of her latest film in the works and just weeks after the publication of Worse Things Happen at Sea, a book she wrote with her husband, the actor William McInnes.

Her family said she lived “a life of courage, humour, intelligence, generosity, honesty and grace”.

Friends and peers remember those characteristics with affection. Professionally, the animator, artist, photographer and director was a distinct creator, an auteur with an Australian sensibility for suburban melancholy, a love for the beach and robust Aussie charms.

Personally, Watt was a warm soul, seemingly willing to take on life’s rough justices with a shrug of the shoulders and her impish, wide grin. “She didn’t like things to be sugar-coated,” says friend and producer Fiona Eagger. “She liked to be real.”

Animator Adam Elliot agreed: “There wasn’t a pretentious bone in her body.”

The self-deprecating Watt admitted she stumbled while searching for a vocation after school before sticking with art studies at the Phillip Institute of Technology, which she “failed reasonably miserably”. She continued as a practising artist through the 1980s until trying animation at the Victorian College of the Arts, and falling in love with the process and the output.

She graduated from college with the animated film Catch of the Day, which played at the prestigious Annecy animation festival in France.

Watt was a relatively prolific young animator with a classical approach that honoured the style emanating from National Film Board of Canada animators such as Norman McLaren. Her animations took on a painterly, fluid grace, eschewing harsh precision.

Watt earned attention with episodes of The Web, a television series on endangered species, before releasing Small Treasures, her first major animated short based on the story of her first pregnancy in which her son died of a prolapsed cord. It won prizes at the Venice and Melbourne film festivals in 1995.

Animators deride peers who move to live action filmmaking as “crossing to the dark side”. Few succeed. Watt’s debut feature film Look Both Ways, covered characters bound by a random death, and McInnes’s character is touched by cancer. It upended the theory that animators can’t cross over. Critic Roger Ebert praised the film as “poetic and unforgiving, romantic and stark” and it dominated the Australian Film Institute Awards in 2005, with prizes for best film, best director and best original screenplay.

Look Both Ways displayed Watt’s deft combinations of pleasure and pain, humour and tragedy. When she was diagnosed with breast cancer while finishing the film, her peers joked it could only happen to her.

The work also showed Watt’s storytelling talent. Her students in the Victorian College of the Arts animation course dubbed her the “Script Nazi” for her adamant focus on story and script, when so many animators become engrossed in the look or style.

“I always credit Sarah for enlightening me on something that’s really logical but most filmmakers forget,” says Elliot, who earned an Oscar for Harvie Krumpet.

Her 2009 feature film, My Year Without Sex, continued her fascination with mortality and meaning, with a few more laughs.

Watt’s works were so recognisable as her unique visions that Eagger recalls not daring to assist her narratives, telling her: “I can’t act as a producer on your story. I’ll do anything to help you make it, but it’s your story.”

Away from work, Watt and McInnes were known as a generous, hospitable couple who went beyond the call for their peers. And few will forget Watt’s elfin nature, her propensity for a mischievous rejoinder or sly joke, whatever the circumstance.

Watt was diagnosed with secondary bone cancer in 2009. She is survived by McInnes and the couple’s two children, Clem, 18, and Stella, 13.

I was so sorry to hear of her death after reading about her and her creative work only recently as well as two weeks ago hearing her husband, William McInnes, speak so fondly of her on Radio National . In reading about a vibrant women’s death at 53yrs I’m reminded of my mother’s death at 56 and my own diagnosis at 35. My teeth grind shut as if to hold on tighter to a life force (health) that I’m not that in control of. Silent wishes of ‘not me’ please ‘not me’ go round and round, and then I’m left simply with a sadness that this shitty disease has killed another woman.